Awhile ago I wrote a guide about guild in Tera Online but one thing that was lacking from that guide is the vanarch system. This was because my guild had never ran for vanarch before but for the fun of it we ran during the last election and successfully won vanarch for our guild. I thought this would be a great opportunity to explain how vanarch works, what a vanarch is and how to take advantage of using the system if you actually win vanarch.

A vanarch is similar to a king that rules over a specific area of the map based on the type of vanarch you ran for. Vanarch has two types of ways you can run to obtain office. You can either win by votes or you can win by guild versus guild. Unfortunately both systems are broken in many ways because it is possible to cheat both systems certain ways. For example during the guild versus guild way to win elections you could get a character into an enemy guild and have a one of your guild members kill that alternative character to score a point then have your guild stay logged off until you win. Or have allies feed kills to your guild as well. Voting can be cheated based on having your allies all vote for your guild this is actually a pretty big problem in Tera Online even in our server. Other guilds even buy votes but of course it's not illegal like you cannot complain to the GM's about it.

To run in the vanarch elections your guild needs to be level 3 which is done with the Catharnach Awards. These awards come from the guild repeatable quest board which is marked with a blue exclamation point in game. You will also need to register before the election starts the mini map will have an icon telling you when the next vanarch election will be. At this point there is no way to know where all the other guilds plan to run in so unless you knew some how like allies telling you what part of Tera Online's world map they plan on running in you wouldn't find out until the day so its always possible the area you pick will have no one running. The guild verses guild election only has one possible area to win per continent unlike voting which has 4 area's per continent so if your guild has a good number of people to vote for you the best chance is usually by votes.

The cost of vanarch is 2000g, 50 Catharnach Awards having the level 3 guild and a guild leader has to be at least level 50. You'll be asked to write a short speech which sometimes has a tenancy to glitch and not post your message because of how the chat filter can be tricky with certain words. Then you'll have to pick the type voting or PvP for vanarch and then the area you want to run in. They let you mark the area's of the continent that you would want to win by the most important one to you first so pick them in the order you would like winning. The first two winners get to pick and the last are just automatically given remaining area's. 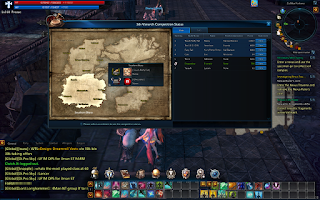 Once your registered for election you'll receive a mail post with a guild wide buff potion and a message letting you know your all registered. A few days later the election will start and then you'll be able to see how many guild's your running against as well as vote for your guild. You'll want to have your guild vote for you as well as any friends and you can also try making alliances with other guilds to get more votes.

After you guild has won vanarch you will either get to pick an area or you'll be assigned what ever area's are left. You'll have to manage the area by obtaining points. These points are called policy points they are obtained when your members /praise the guild, win GvG's, or complete vanarch quests. The easiest way is by doing the vanarch quests they are repeatable and are easy to complete with a group each person in the party of a group gives credit and the bam monster quests give 500 points each. The quests range from level 20 up to level 60 so even your lower levels can take part in getting you policy points. 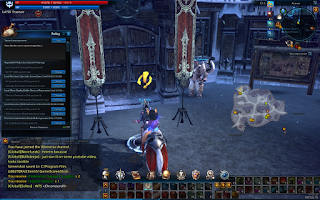 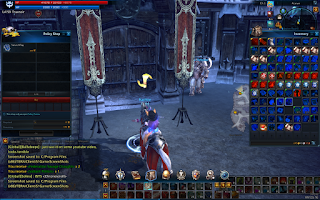 To use the policy points there is a aide NPC in town that lets you use your points for various tasks like enabling vendors, setting taxes, and you can purchase flags to set in area from the vendor for policy points as well. The NPC's are assigned daily so you will need to keep farming the points or get enough to extend the NPC's for the full length of the vanarch term.You can also turn PvP off for the zone that you are a vanarch in on the PvP server this is usually the best way to make people really angry. If you look at the screenshots above you can also see the cost of points to unlock each of the vanarch NPC's the specialty vendor is the most at 1500 policy points per day while the others are 500 each per day. 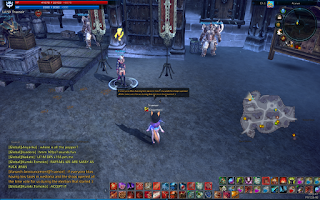 You are also able to use a vanarch chat channel by using /o which allows you to make an announcement as a vanarch. This can be useful for events or telling people to vote for you during the next vanarch term. 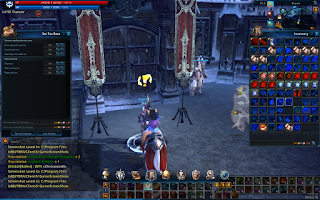 The money which is obtained by people using services in your guild area is accumulated under the window where you set the taxes there's a button to retrieve the money as you can see above this money is not directly deposited into your guild when it is claimed it goes into your personal bank and you have to move it into your guild bank. It also shows the guild how much was claimed by the guild leader when he claims it as well so they can track it to see if your being fair about putting the money into the guild bank but unfortunately it all depends on how trust worthy your guild leader is and whether he wants to give it back to the guild bank. I can also be used to help you run in the next term of vanarch.

This covers most of what you can actually use the vanarch for and what vanarch does. What I will go into next will be the vanarch quests how they work and also provide a guide to doing a lot of the quests. Keep in mind I do not have all of the spawn points for all of the vanarch bosses some of them have multiple spawn locations so if anyone wants to help me improve this guide too it would be appreciated.

The quests are obtained from the guild board in most towns and main cities same location which gives you the guild quests only instead of the award badges you get the policy points which is shown when you accept the quest and it is marked (Vanarch) instead of (Guild) in the quest name. Only the vanarch has repeatable quests that can be done these repeatable quests grant 100 points per turn in and are very time consuming but if a guild had no members the guild leader could just grind them himself for hours to get enough points. Otherwise stick to the group quests for bams. 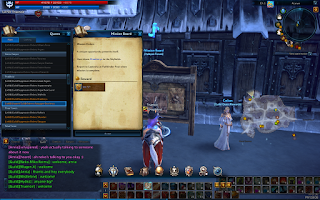 Once you have the quests its time to go find the bam's and kill them for credit the more people you have the more points you get so its a good idea to bring a full group of five people. Also keep in mind that many of the area's that bams are found in can have multiple channels this makes it very easy to get more points quickly because you can check all the channels in a map. Most area's have 3 spawns for the bams and the bams do wander from their spawn points if someone gets to close to them. But they have a general spawn and area that they wonder around so if you do not see it right away chances are someone else must have killed it. 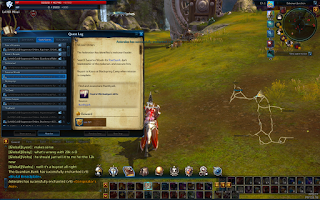 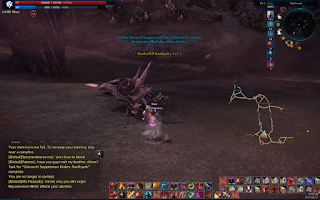 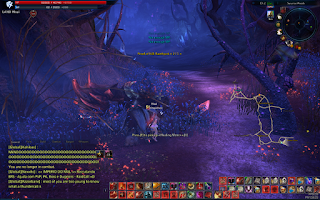 Be warned with the most southern spawn if you get near him and he gets up to start moving he will walk right into the guards at the town and get 1 hit killed and you'll lose credit for the kill so don't get to close before your team gets near. 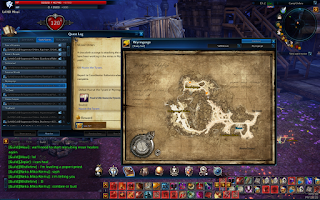 I'm missing the 3rd spawn for this map. 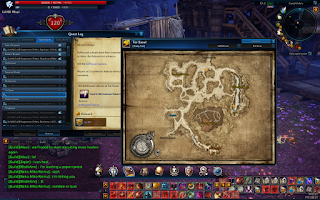 I'm missing one of the spawns for this area. 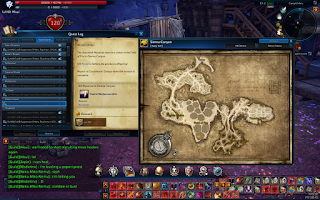 Missing the other location in this map.

Plain of the damned Spawns: 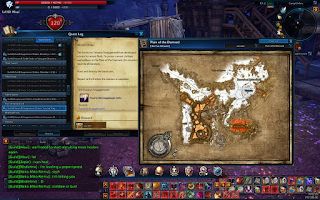 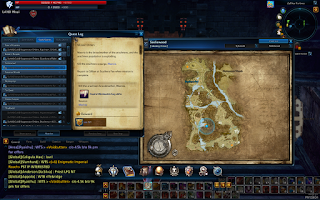 The level 60 ones seem to have only one static spawn and because most of those maps do not have multiple channels its pretty hard to catch them actually up unless you try late hours for the server because many people kill them for the items they drop. 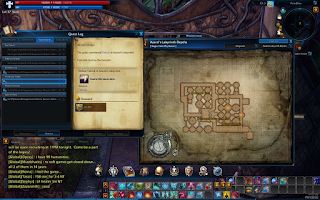 Most lower level vanarch bam's spawns are static and I have not seen many of them with multiple spawns it's only the ones which range from 45 to 59 which seem to have more then one spawn location with the exception of the one above which has an extra one which I've seen often too. If anyone has any other information about this let me know. But for the most part all the other vanarch spawn locations seem to be either hit or miss whether you find them or not. The ones for level 20+ to 40 are the easiest to get because many guild's do not feel like leveling an new character to do them. But my guild had some other characters they where making and we did many of them for extra credit rather then fighting over the 59 to 60 spawns. Once your group turns in the credit for completing the kills your guild will be able to start spending the points to keep the vendors opened.

That concludes the vanarch system if you liked this guide and play on Mount Tyrannus vote Dragonfury for vanarch! More useful guides will be coming in the future for all of you Tera Online players.