Tera Online is a very interesting game that has many different armor designs but for the localized US version of Tera many of the model designs for armor has been censored from the original Korean Tera versions of armor. One example is that of the Elin class. Armor for Elin classes contain an extra piece of clothing giving them pants instead of the more revealing armor which shows them in panties in Korea. 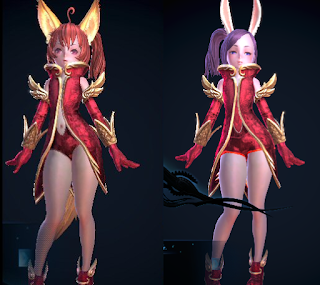 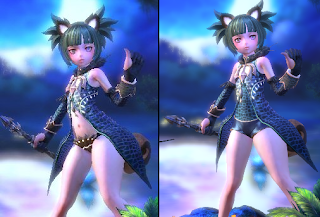 As you can see above in the pictures there is quite a difference in the model's appearance between the two of the pictures for each type of armor. While the Elin race looks similar to a small child within the lore of Tera Online Elins are supposed to be an older race which still raises controversy on whether they should be censored or be uncensored.

Regardless of what people think or feel this does not stop players from doing modifications to there own Tera Online clients. And while En Masse says it is against the TOS (Terms of Service) to make modifications to your client people still do it. Some of the popular modifications also includes more simple changes like changing the voice of NPC's or the cut scenes. One reason for making changes like these is someone prefers hearing the Japanese voices of characters and NPC's because they used many anime actors in the design for the Japanese voices and otaku's love anything anime related.

If your looking for doing these types of modifications to your client you can visit the article posted here about Tera Online mods.