If you have ever played World of Warcraft you might be familiar with the term glyph's. But if you haven't glyph's are bonus's that can help improve your skills like for example increasing how much damage a skill does. Glyphs start at around level 21 you'll receive a quest around that level from the main city telling you to go to a certain vendor to get a free one.

The glyph window is under the skills menu which can be pulled up with K if you don't see the glyph tab it is because you have not learned at least one glyph. More glyph's can be bought from the glyph vendor which is normally found standing next to your talent training in main cities only. 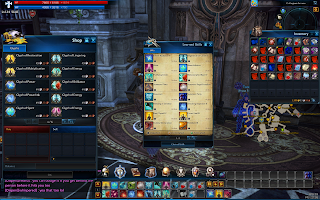 Later on in the game more new glyphs can be bought using badges farmed from Temple of Temerity and there are advanced versions of the glyph's which reduce the number of points required for a glyph. You can also use the NPC to reset glyph's if you don't like something you've picked although there are no dual talent spec's as of yet but its always possible it might change in the future. 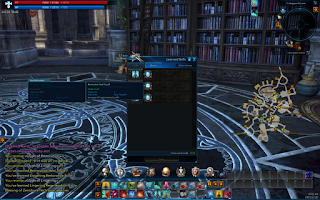 The glyph system in Tera Online has a lot more options then games like World of Warcraft where if your not using that one magical glyph spec you suck. Tera Online allows you to pick and choose the glyphs that are right for your playing style of course other people cannot look at your glyph's directly but hopefully you'll learn in the future which glyphs work well in which situations since some glyphs can favor pvp situations more then others while some are not as useful in pve.
Posted by Unknown at 12:54 PM