As if you didn't already love Tera Online enough as it is Tera will be making a new battleground which will allow lower levels at level 30 and up participate. Which provides more fun for lower levels instead of players having to wait until level 60 to participate in battlegrounds. The new battleground which translates to "battlefield of fire" or something to that effect is a 20 vs 20 that has some kind of cannon defense battle. The gear level 30's are given is the equalized level 60 gear so that they can participate without having to worry about the unfairness of playing with other people that are higher level then them. 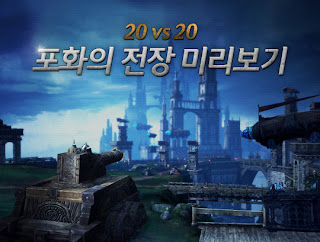 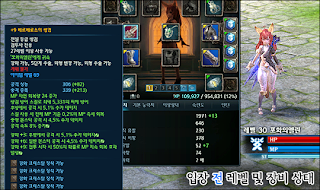 Seeing how well the equalized battlegrounds worked in our US servers I can see where this would end up being a very interesting style of game play. Although they still need to fix the current bug that allows people with vision maker to change their weapon stats and abuse the equalized battlegrounds. But aside from the bugs it balances out the game play of the battlegrounds really well and makes it a lot of fun aside from people that are stupid enough to bug the dungeon. 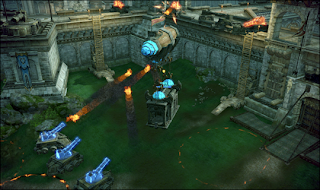 The battlefield of fire is a siege type with an offensive team and defensive team which is divided inside of a castle at the start of the battleground.  And as you can see from the picture above there's cannons which look similar to the cannon at the last boss of Balder's Temple.

Besides the new battleground they have some screenshots from the new pirate costumes they also seem to call it the great pirate age dawn so this leads me to believe that after Tera's rising we might be going into the an age of pirates. Which most likely will mean new content will be following too! 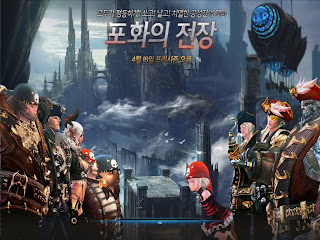 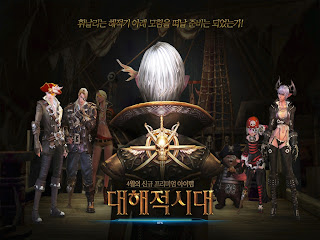 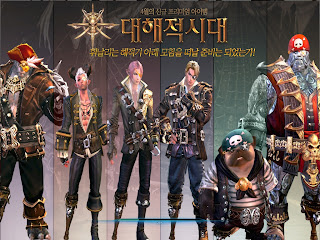 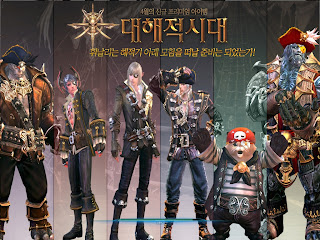 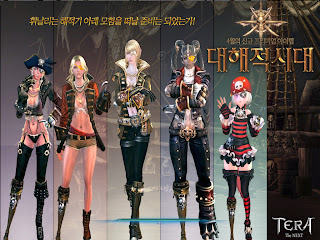 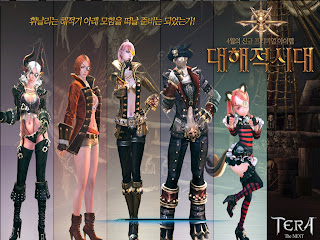 The only strange thing is they don't show the Popori race with a peg leg which my guildies think would have fit really well. But the Elin costumes are very cute all of them look really well made and this might be my favorite costume's a side from the maid outfits which we just got in our servers. We still have yet to hear about any of the raid content that they talked about awhile ago for K-Tera but hopefully this new dawn of pirates might end up releasing more information since it will be coming out on 4/18 which is coming very soon.

I did however see something on the Japanese blog about them adding something called hellfire caves as a new content update. But I have not seen anything about that on the Korean servers the only update I saw recently was the federation gear so its possible that hellfire caves might be strictly a Japanese update for content hopefully we will see it added to US servers too.
Posted by Unknown at 2:27 PM