Reducing the server lag in Battlegrounds and not being able to hit targets!

I'm sure everyone has faced problems with totally missing people in a battleground some classes notice it so bad that they almost can never properly hit a person while in a battleground. This doesn't just happen in battlegrounds of course but even open world. And it's pretty annoying even for people that have very good computers and don't even need to use any tweaking methods like the ones posted on the blog. 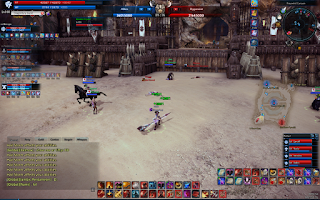 The reason that you go through people has to do with two things the first is the mapping of some of the maps and how they are build. A perfect example of this is when your fighting in a dungeon like Balder's Temple and going though the maze and you set a trap and the monsters chase you and someone tells you to jump inside of a pot to get them to stop following you. The reason they stop following is because the pot has a separate mapping from the normal floor any object which is a slight indentation would be considered a different plane so to speak. So if your target is standing on a flat surface and your on a slight hill and use your skill you will completely miss that person and go through them. But in a map that is all the same mapping there's something else that can cause you to miss or go through someone.

The second thing is the  de-syncing of the server to a client. This happens when someones internet connection is bad causing you to miss them completely. This can also be caused by your own internet like for example bad connection with wireless. But there's one thing you can do to help improve your connection. One thing you might not know is the launcher has a P2P sharing build in this means when ever it is left opened it will be seeding patches out to other people. And while some of us have really good connections many people that have more basic packages cannot be seeding and playing at the same time because it hurts our connections very bad.

With the old launcher we where able to turn off the P2P sharing under our tools but with this new patcher all you can do is turn the amount of upload down which is bad because we can never fully turn it off and most connections which have 256kbps upload make the downloads suffer for many internet companies.  The only way that you can stop it from lagging you in game is by closing the launcher. Closing the launcher does not make the game close the game will stay opened after you close a launcher so nothing bad happens when you do this other then you will not be torrenting. 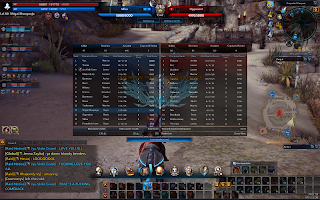 Honestly I don't know how legal it is to force people to torrent the game for you especially since some ISP's now track torrents and will give you a hard time about them or slow your connection down when your caught torrenting. But having a reduce in battlegrounds and pvp lag is very valuable and will help you get much more kills when you can actually hit your enemies.